Which Shipyards in Russia Are Building a Fishing Fleet 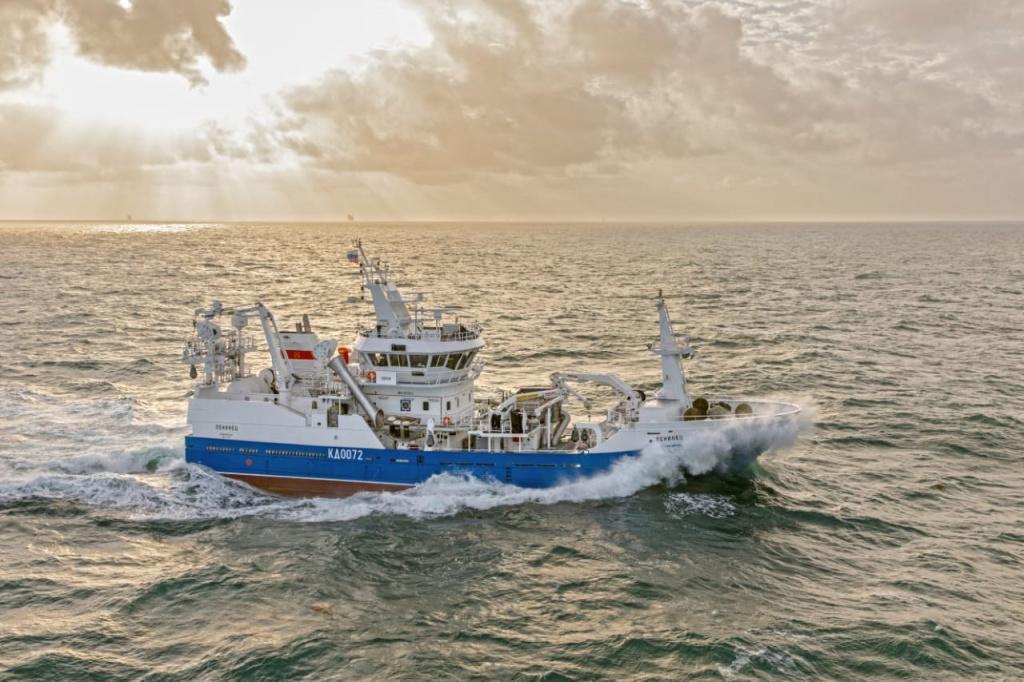 Less than five months are left before the main exhibition of the fishing industry Seafood Expo Russia, and the issues of maintaining the speed of construction of fishing vessels and developing made-in-Russia production are becoming more relevant than ever. In addition, the second stage of investment quotas campaign is just around the corner. Therefore, the team of Seafood Expo Russia together with the event’ media partner Korabel.ru decided to update the data on the construction of fishing vessels in Russia and prepared a material about it.

Far East is one of the most important "fish regions" in Russia. Local shipyards actively participated in the implementation of the first stage of investment quotas campaign and continue to build vessels for the fishing fleet.

Thus, eight crab fishing ships are currently being built at different stages at Nakhodka Shipyard. Seven of them are ordered by Antey Group of Companies (Antey Sever), and another one is for Pacific Fishery Company.

Large-scale projects for the construction of crab fishing ships are also carried out by Vostochnaya Shipyard. Today, the shipyard is building seven crab fishing ships according to projects 03140 and 03141, prepared by the Viking shipbuilding company. Among the customers: Amurrybprom, Sever, Far East Coast, Voskhod. Ayan crab fishing ship for Sigma-Marine Technology has already been launched.

A series of small fishing seiners are being built at Petropavlovsk-Kamchatsky Shipyard according to a project developed by the Russian company Forss Technologies. The yard plans to produce six such seiners to replace outdated MPS-150 vessels.

Livadia Repair and Shipbuilding Yard is building two motorboats for the Dobroflot company.

So, two trawlers for the Sokra fish processing plant were laid down at Nobel Brothers Shipyard, which will be engaged in bottom and pelagic fishing in the Far East basin. In addition, the shipyard is developing projects for medium-tonnage vessels for further modernization of the fishing fleet, which are planned to be implemented in the future. A crab fisher ship was also laid down for Aqua-Invest.

The leaders in the number of fishing vessels under construction are the shipyards of the Russian North-West.

Eight trawlers and four fishing vessels are being built at Severnaya Shipyard. Among the customers: NOREBO, Karelian Seafood, Rybprominvest, Roliz, Akros, Alternativa, Virma. The trawler of project 170701 "Captain Breihman" for NOREBO was withdrawn from the boathouse of Severnaya Shipyard on May 5 this year. Within a month, it is planned to complete the installation of the pilothouse and masts, install deck cranes and complete the ship's systems, finish painting. Launching will be carried out in late May - early June.

Rostr Shipbuilding Yard is building one stern trawler for catching, processing and freezing bottom fish for the Murmanfishprodakt company, and Vyborg shipbuilding yard is building a series of six KMT01 and KMT02 trawlers for the companies Atlantrybflot, LKT, Arkhangelsk Trawl Fleet.

Six trawlers for companies such as Streletz, Murmanseld2 and Eridan are at various stages of construction at Pella Leningrad Shipyard. Previously, the shipyard was forced to extend the deadlines for their implementation. In addition, two crab fishing ships of project 03070 are being built at Pella by order of the Far Eastern fishing company Ostrovnoy Krab.

Onega Shipbuilding and Ship Repair Yard is building a series of seven crab fishing ships of project 5712LS for the Russian Crab company. 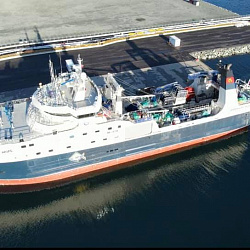 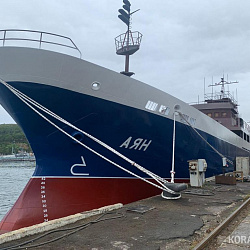 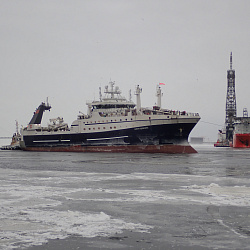