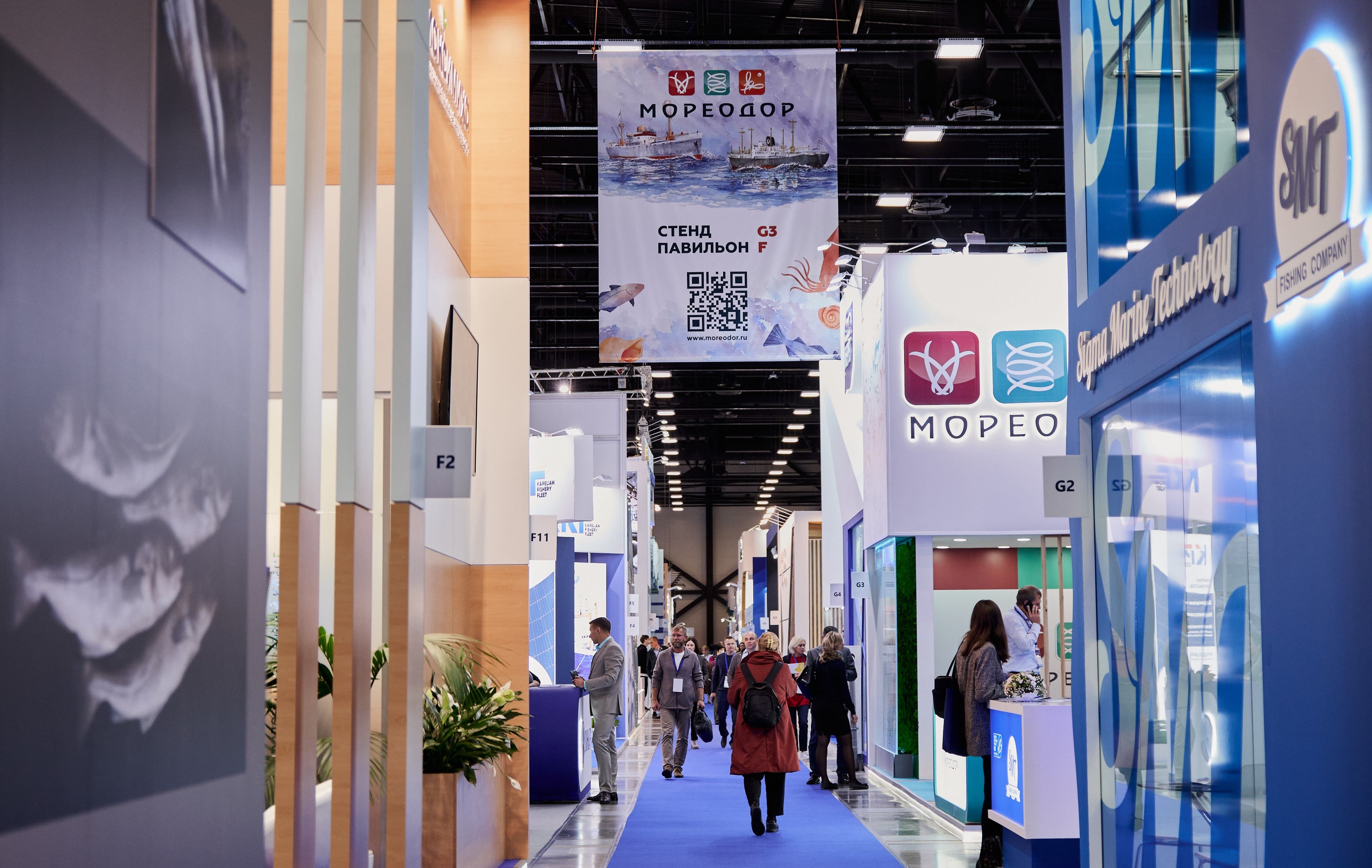 We have already told about who visit Seafood Expo Russia - the only Russian fish and processing exhibition. It's time to introduce its exhibitors.

Uniting the fishing industry and the infrastructure around it

Seafood Expo Russia is the only platform in Russia which unites participants from all areas of the fishing industry from catching and breeding fish and seafood to delivery to the end consumer, including related infrastructure.

Producers of canned and preserved food, dried fish, caviar, dietary supplements and food additives from fish, seafood and algae, as well as other products of deep processing participate in a separate section of finished products.

The second big is the equipment section (16.2%). During its operation the exhibition has become the center of attraction for the entire infrastructure around the fishing industry - from fishing companies and vessels that provide the catch, to delivery to the end consumer. Among the Russian manufacturers of equipment for catching, processing, storage are Rybtekhtsentr, Agrobaltproekt, Agro-Prom-Kholod, Profkholod, Kholodotekhnika, MP-Technologies, Barentscool, Kryotek, Master Lova, Refcool and Termocool. The world leaders of the segment, such as ABB, Baader, Carsoe, Optimar, GEA, Marel, KAPP, Furuno, GIETECH, ULMA Packaging, also participate in the exhibition.

The third most popular section was shipbuilding and ship repair (15.5%). Campaign of modernization of the Russian fishing fleet gave an additional impetus to the development of shipbuilding in Russia as a whole. To continue construction of modern fishing fleet and provide it with equipment and not depend on external circumstances, we try to increase the number of exhibitors in this section, including Russian enterprises. Among the participants are USC, Yantar, DAMEN, Nordweller, Schottel, Remontowa, Yanmar. This year's freshmen are Aurora Concern, Yaroslavl Shipyard, MarineLight.

The sections of shipbuilding, ship repair and equipment will be located in pavilion F.

Following the global trend, Russian aquaculture and mariculture enterprises for the last 3-4 years doubled their production. The aquaculture section in the exhibition is also growing (14.9% of the total number of exhibitors). First appearing as a single sector in 2021, it already confirmed the popularity among visitors. This year we plan to expand it by means of interactive component. One of the new projects will be a recirculating water supply system (RAS), assembled from the elements provided by the exhibitors and installed in the center of the exhibition hall. The system will have several independent recirculation rings, which will allow to show the operation of any type of equipment in various conditions and modes of operation under natural biological load with live fish.

In the future, it is planned to dedicate to aquaculture a separate pavilion.

Companies supporting the activities of the fishery complex, including banks, logistics companies, non-profit and government organizations, amounted 23% of the total number of participants, in the distribution section - 6.4%.

Companies from Russia and around the world

Despite the sanitary restrictions, in 2021 the organizers helped both constant and new participants from 25 countries to come to the exhibition. Among them were companies from Europe, Asia, the Middle East: Great Britain, Denmark, Norway, Netherlands, Finland, Turkey, China, Kazakhstan, Chile, USA, Japan, etc.

For the industry to maintain stability and continue development regardless of any external circumstances, we attract new enterprises from the shipbuilding and equipment sections, focusing on companies from Russia, Asia and neighboring countries. At the same time, the Russian market remains promising for many European manufacturers and suppliers, and we stand to continue mutually beneficial cooperation with them, especially with constant exhibitors.

The Russian industry at the exhibition in 2021 was represented by companies from 40 regions. Companies from Arkhangelsk, Leningrad, Kaliningrad, Sakhalin regions, Primorsky Krai, Sevastopol exhibited with collective stands. The interest of regional business in the exhibition is growing and this year we expect a significant increase in exhibitors from all over Russia.

According to the survey conducted after the exhibition in 2021, the main goal of exhibiting for most companies is to find new customers (76.85%). The second most important task is maintaining business contacts (67.44%).

Just below are search for new suppliers and partners (58.12%) and the presentation of new products and services (41.88%). This year, for the first time, we will organize a "showcase of novelties" - a project that will help exhibitors more effectively present new products to target audience, and visitors to esteem the diversity of the assortment.

We also plan to develop new areas of export deliveries – by means of the participation in the Retail Center new retail chains from the EAEU and neighboring countries, some arrangements have been already made. We would not forget about the development of the domestic market: we will hold master classes for chefs from the regions and invite regional retail chains again.

Our exhibition has an ideal business environment for negotiating with partners and searching for new customers and contractors. We have united representatives of all areas of the fishing industry within one place and can offer effective solutions for the most significant tasks.

In 2022, Global Fishery Forum & Seafood Expo Russia will have an anniversary - the event will be held on September 21-23 in St. Petersburg for the fifth time. The exposition will occupy 2 pavilions in the EXPOFORUM Convention and Exhibition Center with a total area of 26,000 square meters.